The AARP, a non-profit advocacy group that represents American retirees, along with the attorneys general of New York, Oregon, and California, filed separate motions yesterday with the Fifth Circuit Court of Appeals, requesting permission to intervene as a defendant in the recent Chamber of Commerce case against the Department of Labor’s fiduciary rule.

On March 15th, the Fifth Circuit struck down the fiduciary rule in a 2-to-1 split decision, with the chief judge dissenting. The intervention comes just days before the deadline for the DOL to appeal the ruling was set to expire.

Plaintiffs in the case, which include the U.S. Chamber of Commerce, the Securities Industry and Financial Markets Association, the Financial Services Institute, and others, said that they “oppose any motion to intervene in this case at this late stage.”

“The government’s apparent decision to abandon its defense of the rule puts retirement investors, including millions of AARP members, at incredible risk,” the retirement group said in its court filing. “Absent the rule, investors face high fees and expenses and are at continuous risk of being steered into higher-risk or lower-performing investments or paying excessive transaction costs.”

In addition to filing the motion to intervene, the attorneys general have concurrently filed a petition for rehearing en banc with the Fifth Circuit. This petition will allow them to ask the full 17-judge court to rehear the matter.

“American families saving their hard-earned money for retirement deserve to know that the advice they receive is unbiased and in their best interest,” said California Attorney General Xavier Becerra. “We cannot go back to the days when retirement advisors could put their own financial gain ahead of the best interests of their clients who sacrificed to save for retirement.”

The fiduciary rule, proposed under the Obama Administration, seeks to eliminate conflicts of interest as it pertains to retirement investment advice and broadens the definition of “fiduciary” under the Employee Retirement Income Security Act of 1974. The rule is currently under review as directed by President Trump, and enforcement was delayed for 18-months until July 1, 2019.

To date, three federal district courts and the Tenth Circuit Court of Appeals have upheld the DOL’s fiduciary rule. The Securities and Exchange Commission is currently seeking public comment for its own proposed best interest advice rules. 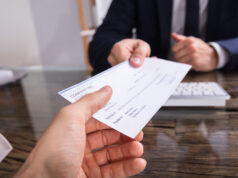 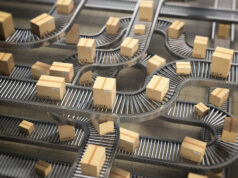