With less than eight weeks left in 2016, the securitized 1031 market continues to inch closer to its $1.5 billion year-end goal after raising more than $1.12 billion at the close of the third quarter, according to Mountain Dell Consulting, a market research and analytics firm focused on the securitized 1031 exchange marketplace. In the first two weeks of October, an additional $85.4 million in equity was raised, pushing year-to-date totals over the $1.2 billion mark.

Section 1031 of the Internal Revenue Code allows investors to defer paying capital gains taxes on investment property sales by reinvesting the proceeds into a similar investment property within a specified time frame. Securitized 1031 exchange programs are structured as securities and sold through the broker-dealer community.

A decade ago, securitized tenant-in-common offerings were the 1031 program du jour, but at the close of the third quarter, there were just four TIC offerings in the marketplace. Delaware statutory trusts, which now make up the vast majority with 93 programs offered, allow sponsors more flexibility with decision making than their TIC counterparts and allow many more investors to participate in a single offering. However, the bulk of 1031 exchange investments are single non-securitized investments.

“The high-water mark for 1031 fundraising was 2006, when approximately $3.65 billion of equity was raised in securitized 1031 exchange programs,” said Louis Rogers, founder and CEO of Capital Square 1031. “After 2006, the volume of 1031 activity dropped precipitously as the Great Recession took the steam out of the real estate market…Starting in 2013, with the end of the recession, securitized 1031 fundraising began to increase year-over-year. [The current equity raise] is a far cry from the $3.65 billion raised in 2006, but the trend has been up every year since the recession ended.”

The supply of 506(c) registered offerings has also increased in the third quarter. Out of the 97 1031 exchange offerings in the marketplace, 18 were 506(c) offerings, which allow private placement sponsors to solicit directly to accredited investors.

“As to the future, the planets have aligned for increased 1031 fundraising activity. The record high prices being paid for all classes of real estate is driving more sales and, in turn, more exchanges that need replacement property,” said Rogers. “In addition, a number of old TIC and DST programs are going full cycle, creating additional demand for securitized replacement property. Finally, the demographic of an aging America is producing millions of baby boomers (and others) who seek a passive replacement property.” 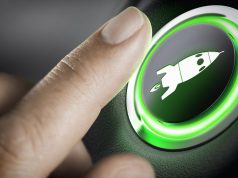 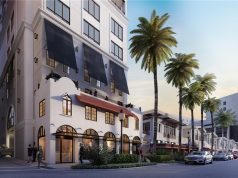